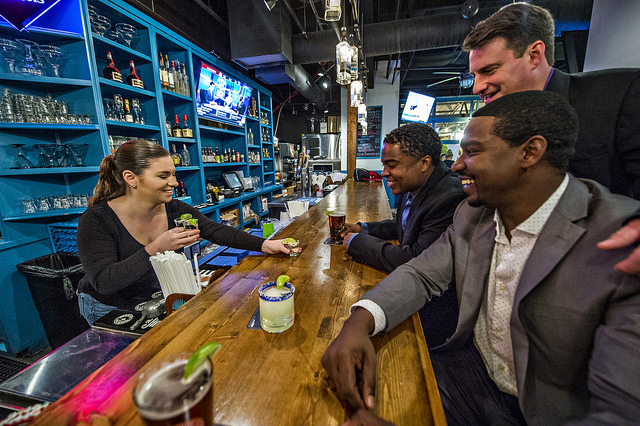 The Sixth Annual Wire & Wood Songwriters Festival will be held in revitalized downtown Alpharetta on October 12-13. The festival is free to the public this year and will be held in multiple outdoor venues including local restaurants throughout Milton Avenue and Main Street.

Robert Randolph & The Family Band was nominated for a Grammy in 2018 for Best Contemporary Blues Album and recently collaborated with Darius Rucker. Justin Townes Earle has released eight solo albums since 2007 and his name may sound familiar - he is the son of singer-songwriter Steve Earle.

The main stage will be in the middle of Milton Avenue and two side stages will be in the all new City Center on Main Street. Local eateries South Main Kitchen and Ceviche are headlining sponsors and both will have stages in and around their restaurants.

South Main Kitchen features delicate, delicious southern inspired entrees with a twist. We recommend heading to their rooftop bar for a cozy view of downtown Alpharetta where you can order off the exclusive rooftop menu. Ceviche is known for their homemade sangria and wide variety of margaritas. The restaurant will host the inaugural “late night jam” on late Friday and Saturday which is sure to be a fun time.

Smokejack BBQ is also a headlining sponsor of the festival. Smokejack won’t have a featured stage this year, but will instead host live music from Zac Martin in their bar all night on Friday. If you can’t decide what to order, their burnt ends are to die for.

In addition to the plethora of local cuisine, there will be plenty of food, wine and beer tents if you’d rather mingle. While you’re downtown take a peek at the progress of our new office space, which is located in the Liberty Hall building at 33 S Main Street. Berkshire Hathaway Home Services Georgia Properties is scheduled to move in by end of the year and we can’t wait to show you around! If you’ve never experienced all that downtown Alpharetta has to offer, the Wire & Wood Festival is the perfect opportunity.